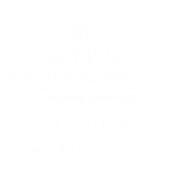 Rachel's Testimony and Call to Ministry

I grew up in Brownsburg, Indiana in a Christian family of five people.  My dad was an accountant, my mom was a doctor, and I had a brother and sister who were twins and four years younger than me.  At a young age I became a follower of Jesus, and I was baptized at the age of seven.

Throughout my middle school and high school years I had some amazing Christian teachers and youth group leaders who spent time pouring into me on a weekly basis strengthening my faith, and developing my leadership abilities.  This discipleship proved to be extremely important because when I was sixteen my family was in a car accident in which I received a low spinal cord injury, so I am now partially paralyzed from the waist down and must use a wheelchair to get around.  My twelve year old sister died in the car accident and my mother died of cancer a few years later.  Through these trials I didn't turn away from God because I had been given a firm foundation.  As it says in Romans 8:28-29 all things work together for the good of conforming us to the image of Jesus Christ.  I learned with time that God sometimes takes away good things, even people and physical abilities, in order to make us more like Christ.

After high school I attended college at Cedarville University in Ohio.  I began sharing my testimony frequently – sometimes in small groups and sometimes to a crowd of 3,000 people.  My favorite part was always the personal interactions talking with individuals afterwards.  I decided to major in Communications and Bible with a minor in Women's Ministries so I could communicate the Bible effectively – particularly to women.  During college I also met my wonderful husband, Greg, as we were both part of the same street evangelism team.

Shortly after college Greg and I were married, and we served together in China for several years in a dual vocation as English teacher missionaries at a high school in Beijing.  During this time I had the privilege to mentor some young Chinese women who had recently become believers.

After returning to the States Greg began attending seminary and serving as a youth pastor and then an English pastor at two Chinese churches.  I enjoyed so much serving alongside Greg and discipling and teaching the young women in our churches.

It has also been my joy for the past eleven years to be a mom!  We have four children, two boys and two girls.  Our oldest son, Christian, is eleven; our oldest daughter, Abbie, is nine; our youngest son, Isaac, is five, and our youngest daughter Hannah, is three!

I have two primary ministries while serving in Asia which both focus on training the next generation of believers.  My first and foremost ministry is in the home. I home school our four kids and my heart's greatest desire is to train them up in the way they should go. I home school our kids, so most days are wonderful and some days are hard but it’s such a joy and privilege to care for and teach our four precious little ones and they are my primary ministry right now.  I also teach classes and lead Elementary Chapel at our children's international co-op in Chiang Mai and I enjoy pouring the truths of God's Word into the co-op kids each week.

My secondary ministry is serving beside Greg in leading the youth group at our international church.  Many of the teenage girls in our youth group attend a local Christian school and are living in boarding houses away from their families, so having an older woman they can talk with in person is invaluable to them. Counseling a young woman over coffee is one of my favorite things to do!

I'm grateful to have the privilege to have a part in training children and teenagers to be the future leaders in Chiang Mai and throughout Asia!